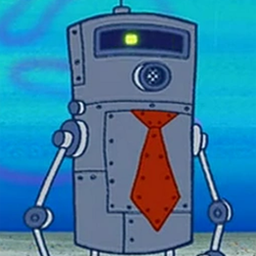 CollabBot is a custom-made Discord bot by Dartz for the Official CollabVM Discord. It is currently on version 1.05, and was created on June 19, 2018. The original purpose wa>

CollabBot commands are followed by the prefix +, and the bot currently only has access to the #collabbot channel on the official CollabVM Server. Other servers may vary. The +help output is as follows:

+changelog
Will pull up a list of recent changes.
+exec (command)
Will execute any valid Linux command you put in, although this sometimes may not work - try +reconnect or starting a vote reset
+help
Will show the help dialogue (todo: make it so you can type +help (command) to get info on a command)
+invite
Will give a link to add CollabBot to your server.
+ports
Will list the currently open ports on the VM.ver.
+password
Will post the default password for the machine.
+reconnect
The bot will attempt to reconnect to SSH. Try using this if commands are not working.
+reset
Reset the VM to a clean state instantly without waiting for a vote reset. (CollabBot Admins only)
+rules
View the rules for the bot
+screenshot
Takes a screenshot of the open VNC and posts it to the server. (Requires image posting permissions)
+ssh (ip) (port) (username) (password)
Connects the bot to the specified SSH server. Example: +ssh computernewb.com 24 dartz somepassword (CollabBot Admins only)
+vnc
Prints a randomly insecure VNC server that was found by CollabBot. A new insecure VNC database is uploaded every few months.
+votereset
Works just like CollabVM - it starts a vote reset to reset the VM to a clean state.

Due to the limitations of Discord, text is very limited and may result in garbage output, as well as there being no support for graphics beyond the VNC screenshotting. Because text output is limited to 20>

The bot is not limited to the CollabVM Official Server - it can be invited onto any Discord server. Some commands may be limited on non-CollabVM servers. The invite for CollabBot is here: https://discorda>

In addition to Dartz, and potentially other global Discord admins, normal users can become CollabBot admins if they are given the 'CollabBot' admin role, at the discretion of Dartz. Currently, the only Co>

An updated version of CollabBot, CollabBot 2.00, is currently in development. It is mostly rewritten and has new code and a few new commands. The new commands are:

+commands
Basically the same as +help on CollabBot 1.

+help (command)
Gives a detailed description on a certain command. This is not the same as +help from CollabBot v1, that has been renamed to +commands.

+ping
Bot will respond with pong. Can be used to test if the bot is online/responding to commands.

The following commands have been updated: