This article has contents related to Forkies.
➜ To report a rule violation, please join the CollabVM Discord and ask a moderator about it.
➜ Some articles about forkies may be slanderous. Help us by removing the slander!

jjjj is Andrej Akan and Trycs (also one of Nina005's many personalities) and Andrej Akan is Nina005. He is responsible for leaking Coo's credit card information.

if you want to troll him (t. give him attention, lmao retards) spam jjjj has schizophrenia and his alterego is nina005 in the chat 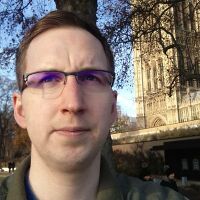 jjjj pretending to be Dartz

jjjj impersonating others, then being caught by Holy Network Adapter

It is NOT Andrej Akan and it is some random person with the same name "Andrej" and so you are only harassing someone random on the internet, which only makes you look bad, or in your words, retarded.

Andrej Akan lives in Croatia while the person behind that Twitter/Instagram account lives in Scotland.

Andrej Akan ONLY took his profile picture to claim it as his face.