From Computernewb Wiki
(Redirected from CollabVM 2.0)
Jump to navigation Jump to search 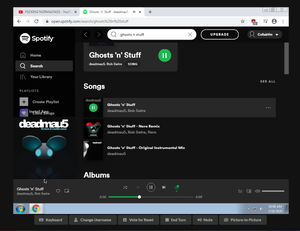 A VM running on CollabVM 2.0

CollabVM Server 2.0 was an open source server and complete rewrite of the 1.x core which was intended to be a proper replacement to the former CollabVM Server 1.x, but was discontinued after four months due to rushed development, creative burn-out and 4 years of broken promises and procrastination. It used to power CollabVM in the form of ExperimentalVM, before replacing the original 1.x software for a short amount of time.

CollabVM Server 2.0 currently runs on Windows, Linux, macOS and BSD, but binaries must be built manually on the latter two.

There were multiple problems with the CollabVM Server 2.0 software, which include, but were not limited to:

Any Linux distro running at least Linux Kernel 2.6.x will run collab-vm-server 2. So instead this page will list the minimum versions it will run on, and the minimum version you will need for support from the Developer team if you run into any problems.