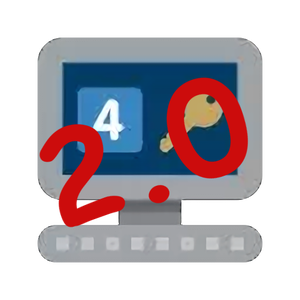 The CollabVM Discord (or CVMDSC for short) is a wretched hive of scum and villainy, and the central place to talk about CollabVM and CollabVM accessories. It was first created by Novella in September 2016, but was later transferred to Dartz and made official. In the near-end of December 2018 due to eDrama™, the Discord Server officially closed down, and you can only enter with a private invite.

The server remained fairly small, both servers being less than 100 members.

Then in mid December 2019, the server reopened. Then on September 24th 2020, the Discord got terminated for hacking and the CollabVM Discord 2 was created, and then the server went public and people started joining it left and right. You can join the server by going to CollabVM and then clicking the Discord link on the navbar. On October 2020, a verification system was devised to keep people who don't comply with Rule #4 and other various undesirable entities out of the server. Keep in mind that you have to say your age (and answer the math problems you are given by the verification team correctly), or else you get kicked from the server.

Currently there are almost over 800 members in the server.

CollabVM Discord: Joining Without a Shitstorm

Almost every moderator has access to the Admin Panel and the exclusive moderator channels. Since Dartz is never online and only comes on once every blue moon, all of the decisions and moderation are done in a very anarchy-like manner by general consensus. Essentially, if everyone hates you, you get b&. And oh, you will never be admin. Ever.

Prior (and some after) to the creation of the official CollabVM Discord, there were some other CollabVM Discord servers created, all of which are dead and you should not join. Here is a not complete list:

CollabVM - forkie land
Owned by Vanilla. Meant to be used as a public server before the official CollabVM Discord opened up. No active moderators, and was made redundant the moment the actual Discord was made.
Collaborative Virtual Machine
Owned by Matthew. Dead, and new members can't post in #general because you need a manual role.
"Official Secondary Server"
Only mentioned in an old reddit post. Invite link is dead.
CollabVM Republic
Owned by Technoturnovers. Deleted due to inactivity.
The Turnover Lounge
Owned by Technoturnovers. Deleted during forkie rage

This is all of the (publicly available to verified users) channels in the CollabVM Discord server.

#announcements
For when an admin wants to ping for no reason about some dumb shit
#rules
The imaginary and unenforced rules of the Discord. Has more than 4 rules!
#joins
If you want to see what type of people join the Discord, then check that channel out. You're not going to enjoy it. Trust me.
#verification
The very first channel you enter to get verified in the server. Not too many people seem to get successfully verified though...
#how-to-verify
A specific channel only viewable to non-verified members that intends to guide one on how to properly get verified, that rarely gets read
#updates-of-the-hub-of-git
Where the GitHub webhook for any and all commits and specific actions to collab3 (and forks of it, most notably yellows111's) and other official Computernewb repositories (previously did Gitea)
#hotsex-123
Throne of Youself? Long Answer.
#dartboard
A channel dedicated to storing of pinned messages by the Starboard bot
#support
The main support channel for CollabVM related help such as getting a UserVM up and running and on the UserVM page, finding the proper libraries to help with compiling collab-vm-server for their Linux distro, programming a CollabVM mock server or bot, compiling collab-vm-server without incident, compiling an older version of collab-vm-server without being harassed into compiling a newer version, configuring a CollabNet-style VM network, or configuring Whitelister to work with your VM network. You will almost never find anyone who actually gets their problem fixed or anything done.

#cool-things
Discuss about non-CollabVM related stuff
#collabvm-txt
For posting the most autistic moments of CollabVM
#dartzs-inbox
Where you can view the often magical and bizarre emails that Dartz receives
#copypasta-central
Post all your copypastas here
#music
For posting music
#quotes
For posting funny CollabVM Discord (and elsewhere) quotes
#spicy-memes
For just posting memes in general
#vnc-resolver
Stare at the screen typing +vnc for 5 minutes, then get bored and leave.
#glorified-rss-feed
This channel, and you also, receives cool things like Steam/GOG/EGS game promotions primarily from the Terraria Discord server #free-stuff channel.

There are exactly 3 infraction (warning) roles in total:

After you have all of the infraction roles, you will end up getting a specific punishment. Usually, you'll get unverified or kicked, or banned if you've been really bad. You can sometimes get a second chance if you appeal, but depending on what you did, who you are, the mood of the moderation team it may not work out well for you.

If you obtain W3, you lose your embed permissions. This does not happen for any other infraction role.

There exist infraction roles that can ban you from talking in certain channels, like these ones. The descriptions for these roles correspond to the channel it is supposed to hide from whoever has the role.

dartz
The owner of the server and some fine kush. Mmmm!
CHOCOLATEMAN
ITS THE MOTHERFUCKING CHOCCCCCC
Modeco80
Technoturnovers
GLOBEIMPOSTER
Autist that likes mumble rap and cartoons unironically. Ransomware enthusiast.
dakrk
CEO of KFC and CollabVM Moderator.
The DataWagon Staff
DataWagon
mv_
The Em of Vees. He likes solitaire, and is Romanian.
elijah
obsessed with c# to an annoying degree (and a CollabVM Moderator)
Autumn
schizo lesbian witch bunnygirl
nyxdote
Matthew
Banned for being an asshole He's back He finally escaped from CollabVM Syndrome. Matthew is back for another round. He currently hosts the official modpack server. left
6969
>
Canadian who is into MLP Paw Patrol, is cool
weed dragon
One of the more recent Memebers. He masturbates to touhou and is a shitposter.
MEMPHRAME
yeehaw
star ⭐
Some nerd who plays too much Fortnite, also has a cart pushing job at Walmart

memebers whose cosmetic roles do not seperate, and may or may not have one

TomDeTom
the cheese touch
SO JOKER
That fucking person that put a pillow on his head. His Twitter was full of bloat because he loved linking his Twitter to everything. Responsible for the existence of Calub Veim.
nullptr
Gay femboy loving gay femboy. Oh, and he's memebers too. Did I mention he's a femboy? Otherwise a great C++ programmer, joined the server in 2021
Geodude
Very well respected and feared admin of CollabVM. Luckily, he rarely goes online.
Lucrexius
number 1 arabic homosexual malware researcher
Navi
Hey, listen!
Lollipop
The original owner of the CollabVM Discord, is the prodigy of constantly joining and leaving. The comment down below represents the amount of times she has left and rejoined.
she left she's back shE LEFT AGAIN joined and left ok now she's back fulltime wow cool thanks she left [She rejoined the server, and stayed for a very short period of time. And then she left again.] IDK she's back :ppppppppp
hapaxant
polish
Dink
"the north korea guy"
Thumps
Forget Life, Play Snood!

FluffyVulpix
He ragequit and deleted all of his accounts and won't answer his phone. RIP staying 362 consecutive years in prison for multiple counts of rape of a minor He returned a while ago, then decided to repeat history
icanttellyou
Constantly complained and gave useless suggestions, ultimately banned by admins as the straw that broke the camel's back.
Naltronix
Some retarded forkie who used to be on the old discord. Only likes Novella and no one else. Literally assblasted herself from existence after an incident with Hilda.
MyNameIsJason
That one sperg who unironically plays HL2RP. Makes shitty YouTube videos. Analed by brandan
CollabVM
(Previously the animated green frog) A collaborative account controlled by a set of CollabVM users. Dead due to inactivity.
Mikrystal
CVM Oldfag. Once despised forkie among the CollabVM community. Now is cool again UPDATE: not in the discord anymore She's back She has decided to join the popular "joining and leaving" trend with the rest of the cool kids
Katie Frogs
Banned for being transphobic and an overall asshole. She's back now lmao Is a cute eevee :3 BWAHAHAHAHAHAHAHAHAHAAHAHHAHAHAHAHAHAHAAHAAHAHAHAHAHAHAHHAHAHAAHAHA

This Discord is a truckload of shit and you should never step near it. Ever. This Discord is a friendly and soothing place with caring people who will help you. a fucking huge pile of shit lmao