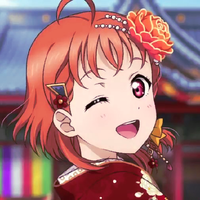 modeco80 is a CollabVM user that programs in C/C++ mainly. She's pretty smart, and has written lots of stuff to mess with the VM as well as managing to make Forkies very angry. In fact, it's been proven that forkies hate her as much as CHOCOLATEMAN. She's also done some pretty impressive stuff on the VM's too. She can sometimes be seen writing C/C++ code on the VM's, similar to thefleebs. You may even catch her fooling around on the VMs, or using Let's Play! in her spare time.

Finally, in early October of 2019, modeco80 left the CollabVM Official Discord for what seemed like the final time. She is still around but under a different username Colonel Sanders. modeco80 returned in November of 2019, leading CollabVM 1.x to a functional state along with Cosmic Sans on 2.x.